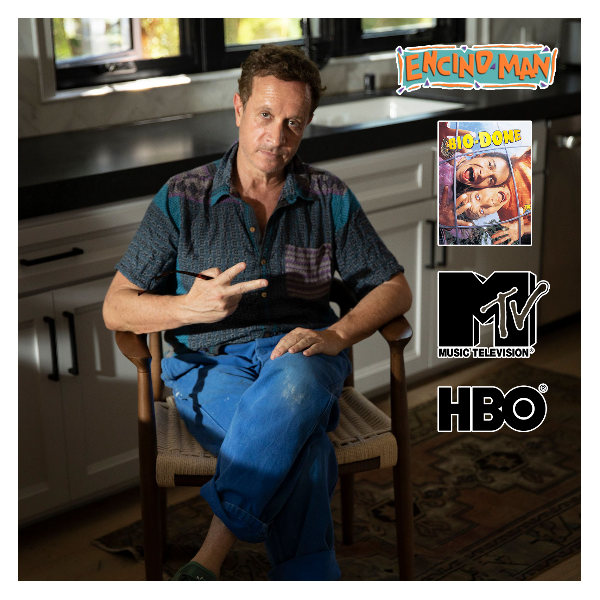 Pauly Shore tasted super-stardom in 1990 when his precedent-setting MTV show "Totally Pauly" hit the airwaves to major fan approval. The show ran for six years, leading him to numerous television and film roles including the one-hour HBO television special, “Pauly Does Dallas” and starring in the films "Encino Man," "Son In Law", "Jury Duty," "In the Army Now," and "Bio Dome." Pauly then went on to star and produce in his own projects including "Pauly Shore is Dead" for 20th Century Fox, which is now available on Amazon Prime. He also produced and starred in two comedy specials, "Vegas is My Oyster," and "Pauly-Tics," which are both now available on Crackle.

In 2014, Pauly released “Pauly Shore Stands Alone,” a true-life road documentary that follows him as he performs in obscure towns throughout Wisconsin while dealing with his personal life back home, which is now on Amazon Prime. He is currently producing a six-part documentary series based off of the original documentary "Pauly Shore Stands Alone." Additionally, Pauly recently debuted the video portion of his podcast "Pauly Shore Podcast Show," on Crackle. Some of his guests include: Judd Apatow (movie director), Irving Azoff (manager of TheEagles), Ziggy Marley (reggae superstar) and many, many more.

Pauly remains hard at work on a historical documentary of his life spanning the 60s, 70s, 80s and 90s about his life growing up at The Comedy Store in West Hollywood. He recently played Stephen Miller in a viral Funny or Die video and stars in an upcoming Funny or Die sketch with Bobby Lee, Jay Mohr and Richard Schiff from "Ballers" entitled "Silver Lake Vice Squad."